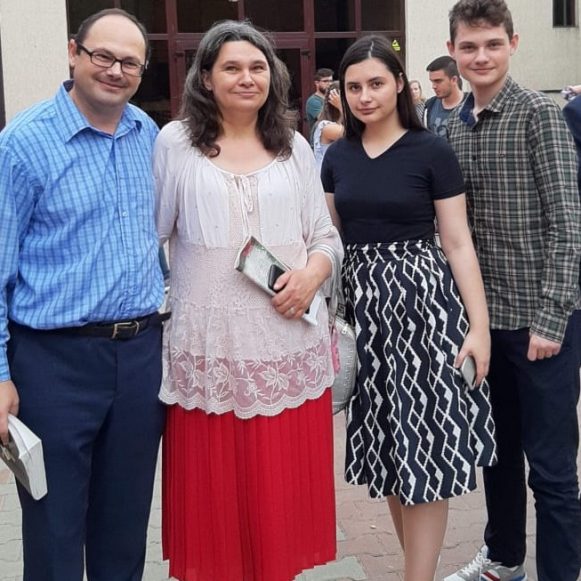 My name is Dumitru Mircea, I am married to Cornelia and we have two children. Dumitru Damaris Iulia and Dumitru Tobia Iosif.

I saw the light of the day in 1974 in Vatra Dornei, my father was a Catholic Christian and my mother an Orthodox Christian. I returned to God in 1992 when I was 18 years old. My passion is to serve God before men with the resources of God’s kingdom.

Cornelia, my wife, grew up in a Baptist Christian family and at the age of 14, in 1989, she returned to God. We got married in 1999  and have been serving the Lord together ever since.

City: Corabia is also called the city of lime trees, has about 16441 inhabitants. It is located in the south of Olt County, on the left bank of the Danube. 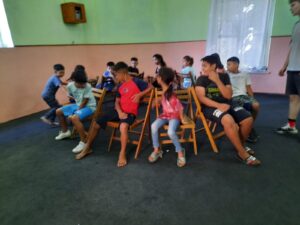 We plant the seed with patience 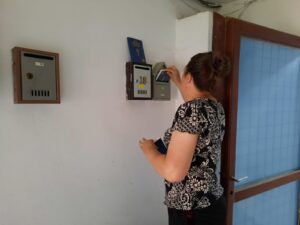 The hope of the sower!

The city includes the neighborhoods of Valea Seaca, Corabia Veche and Celei and the villages of Silistioara, Tudor Vladimirescu and Vartop.

Vision: To be a community of people who are shaped in the image of God, who carries the hope of reconciliation through Christ from the Ship to the ends of the earth

Mission: It is to fulfill the spiritual needs through evangelization and discipleship which is the modeling of Christians in the image of Christ, and the physical needs through the initiation and development of various missionary projects.

Like adult children, they need to hear and believe the good news of forgiveness through the Lord Jesus Christ..
Read more

The Aquila and Priscilla project aims to equip missionaries to be effective in their work...
Read more

Shortly after I started work in Corabia, I came in contact with a group of children who lived in a more...
Read more

In the city we identified several families who, seeing the love of Christ manifested through us, opened themselves to listen..
Read more

You can be involved in the mission work coordinated by Mircea in the following ways:

Be part of a short-term mission team

Join or lead a mission team in Corabia and work with us in carrying out missionary projects, evangelizing mature people but also in working with children, and planting the church in the city.

Be a partner in prayer

Become our partner in prayer by praying 5 minutes a day or 5 minutes a week. Join the Facebook group: “Together we can bring hope for peace”

Be a financial supporter

Support us financially, donating 5$ / monthly  for personal needs or for one of the projects carried out in Corabia and the work of church planting.

Become one of my ambassadors, present my work in your community or in the local church, once a month or twice a quarter.